COMMON WEAL IDEAS GET THE THUMBS DOWN 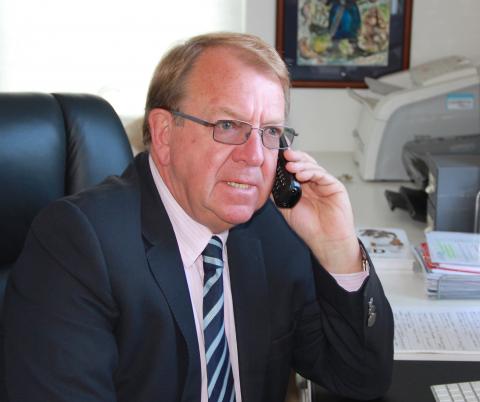 The country held its collective breath a few weeks ago to hear the First Minister finally deliver her vision for Scotland in a post-Brexit world. The First Minister’s solution to the challenges posed by Brexit? Yes, you guessed it – independence.

The statement only served to highlight the double dose of uncertainty that the First Minister has administered to Scottish businesses. Already grappling with Brexit and now a potential independence referendum within the next two years, Scotland’s businesses are being sidetracked from their important role as wealth and job creators.

It’s becoming increasingly apparent that the First Minister’s continued focus remains on appeasing the Yes-supporting constituency, rather than seeking to do what’s best for Scotland’s economy.

As the Yes movement once again tied itself in knots over the issue of currency at the recent SNP conference, all the First Minister’s statement did was provide a useful smokescreen for the fact that the SNP really doesn’t have a credible way forward on economic questions.

Consider the latest offering from pro-independence think-tank Common Weal, launched just before the First Minister’s speech, which tries to argue ways in which an independent Scotland could improve its economic performance. While I don’t agree with many of the ideas in the report, if we scratch beneath the surface, we find that many of its proposals could be implemented now without the need for constitutional change.

Indeed, a report produced by Scottish Business UK last year highlighted that the Union dividend would allow greater public sector investment in Scotland in comparison with a fledgling Scottish independent state which would require either large cuts in spending or tax rises. It’s time to inject a level of reality into proceedings.

Almost every proposal by Common Weal, most of which are interventionist in principle, would cost money to deliver. Their answer is simply to increase an independent Scottish administration’s borrowing, on top of its already greater tax take relative to the rest of the UK. Indeed, rather than simplifying tax, Common Weal wants the Scottish Government to use independence to make an already Byzantine system yet more complicated for businesses.

What Common Weal fails to recognise is that although the capitalist model isn’t perfect, every country needs wealth creators to have a successful economy. Without them, where are the jobs to provide the spending power needed to allow other businesses and indeed the public sector to survive?

Requiring these profits to be more widely shared through interventionist policies reduces the potential rewards to these risk takers. Why then, would they choose to locate their business in Scotland rather than elsewhere in the UK? Similarly, driving up wages “by a reformed system of industrial democracy” will not encourage major companies to invest in Scotland.

There seems to be little emphasis on the need for increased productivity as an incentive for better pay and conditions in this report. Indeed ‘poor productivity’ is firmly blamed on the centralisation of wealth creation in London. Lazily, London is blamed for a number of Scotland’s ills with little foundation.

The report also argues from a position of purported Scottish economic weakness as a result of UK policy. Yet the independence referendum was largely predicated around Scottish economic strength within the Union (i.e. we could afford to go it alone) and Alex Salmond made much of Scotland’s position as the richest UK area outside London. This begs the question, which is it?

Whilst the report also advocates empowering communities and further local devolution, it fails to recognise that the current Scottish Government has centralised faster and further than ever before. This is a government whose own infrastructure policies have overwhelmingly favoured Glasgow and Edinburgh in precisely the same way that the report’s authors accuse UK ministers of doing in London.

No wonder the First Minister has opted to kick the referendum can further down the road by making its progress contingent on everything from Brexit to the say-so of the UK government. She knows perfectly well that Common Weal and other radical elements of the Yes movement have an agenda for an independent Scotland that most voters and certainly the great majority of businesses won’t willingly stomach.