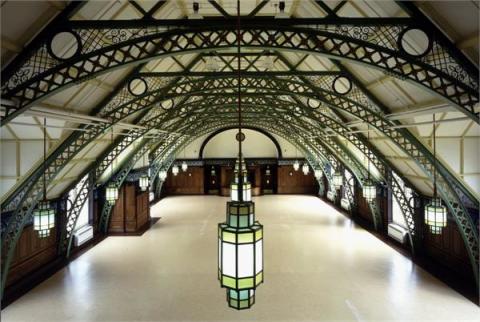 THESE ISLANDS: OUR PAST, PRESENT, AND FUTURE

“Brexit and its aftershocks’

60% of all the goods and services Scotland sells go to England, Wales and Northern Ireland. Our trade with the rest of the UK is four times greater than our trade with the EU. But Nicola Sturgeon says that Brexit will cause massive damage to the Scottish economy, so she has come up with a magic solution…let’s break away from the United Kingdom.

NO, this will not create borders.

NO, there will be no problems with a new currency.

NO, we will not create a £12 billion plus blackhole in Scotland’s economy.

NO, we will not require swingeing tax hikes or austerity on steroids.

NO, we will have nae problem re-joining the EU even although we’ll have a bigger deficit than Greece.

NO, Scotland will not have to join the Eurozone,

NO, we won’t, by the way, have to re-join the Common Fisheries Policy.

And if you argue against any of these things you are accused of TALKING SCOTLAND DOWN!

The problem with all of these claims is that they are BULLSHIT. The whole economic case for independence is built on this kind of rubbish. The problems Britain has faced and will face over Brexit are nothing compared to the problems that would be caused by independence. Boris would need to build several bridges to Ireland so that we could all escape.

Our difficulty, Ladies & Gentlemen, is that we have allowed the separatists to get away with these lies for far too long. It has to stop. We’ve got to get the truth across. Independence would be a crushing disaster for Scotland and the Scottish people would suffer.

The fact that a big majority in Scotland voted REMAIN while the Tory government took the UK out of the EU, has propelled the SNP’s grievance machine into overdrive. An obsessive, constant demand for INDYREF2 now punctuates every utterance from Nicola Sturgeon and her cabinet, not to mention her bombastic team at Westminster. The surge in support for Sinn Fein on both sides of the Irish border has further exacerbated the pressure to break up the Union. That is why Boris Johnson’s government must seize the opportunity to rethink how it interacts with and benefits the devolved regions if it is to secure the future of the United Kingdom.

Scottish Business UK (SBUK), a group which makes the business case for Scotland to remain part of the United Kingdom, has just released a new policy paper Strengthening the Union: A Framework for Business Success, in which we argue that steps should be taken to overhaul decision-making in Scotland by undertaking a range of reforms that would improve democratic accountability and drive better outcomes for communities and businesses. These include:

The report also argues that to counter successfully the SNP’s drive toward independence in the years ahead, HM Government must be far more confident and assertive in articulating a clear, positive and ethical case for the Union.

With the latest official statistics showing that 60% of all Scottish exports go to markets in England, Wales and Northern Ireland, far outstripping figures for overseas trade, the economic arguments for Scotland remaining in the Union have never been clearer. Businesses in Scotland have had enough of the risk and uncertainty that the endless threat of separation entails. Yet it is equally clear that the SNP government will not stop searching for pretexts for a second independence referendum.  That means there is an urgent need to identify new ideas to strengthen our shared institutions in ways that lock in rising prosperity for communities both here in Scotland and in the rest of the UK. Our hope is that the proposals in this paper mark a positive contribution to the ongoing debate over what that shared future should look like. They are grounded firmly in our belief that the Union is something of immense value that needs to be celebrated, upheld and – where necessary – sustained by prudent reform.

In truth most businesses have had enough of endless constitutional change, and it’s far from clear whether steps to devolve powers to the Scottish Parliament in the last decade have improved outcomes for the economy or the public services that rely on it. We know that ‘Scexit’ threatens to create a black hole of more than £10 billion in Scotland’s public finances, heralding years of unprecedented austerity and making matters worse. So, while there may be a case in the future for devolution in areas like immigration, our immediate priority should be to examine how best to cement Scotland’s place in the Union by making government serve communities better in terms of effective decision making, accountability and stability. With a strong majority at Westminster following December’s general election, the UK Government now has the opportunity to take up new ideas and act on them and SBUK looks forward to being part of any debate on what reform looks like.

We had the interesting case only last week where Douglas Ross, the Tory Scotland Office minister, accused Mike Russell, the SNP’s Brexit Secretary, of misleading the public by claiming that Scotland pays out more than it gets back as part of the Union. Mike Russell’s response, instead of defending his claim and making a coherent economic case, was to slam Douglas Ross and declare he was suffering from “the Scottish cringe on steroids,” claiming that instead of promoting Scotland as a place to invest and do business, he was desperately trying to portray the country as an economic basket case.

This kind of political exchange is, sadly all too common from the SNP. The Scottish Government’s own GERS figures, says the total tax raised in Scotland, including a geographical share of North Sea oil, was £62.7 billion in 2018-2019. Total expenditure was £75.3 billion, resulting in a nominal Scottish deficit of around £12.5 billion. Yet confronted with these figures, Mike Russell’s response was “Most countries don’t have a fraction of Scotland’s resources – yet the Tories argue we are uniquely incapable of governing ourselves.” I’m sorry, but this sort of Kindergarten nonsense is just not good enough. As Robert Burns said “Facts are chiels that winna ding.”

The constant refrain from the SNP government’s now departed Finance Minister Derek Mackay was that Scotland had the fairest and most progressive tax system in the UK. In fact, following their most recent budget, anyone earning more than £50,000 will pay around £1,500 more than people South of the border, while those earning £45,000 a year will pay £500 more. Even people who earn over £26,000, an estimated 370,000 Scots, will pay £149 more. There is nothing fair or progressive about that.

The  SNP’s tax policies have served to put a brake on the economy, forcing Scottish GDP growth to nosedive below that of the UK. So even with massive handouts from the London Treasury amounting to over £10 billion per year under the Barnett Formula, Scotland is still underperforming. Nicola Sturgeon and the SNP leader at Westminster Ian Blackford, both blame Brexit. The nationalists’ solution to this is, you guessed it…..independence! In the strangely convoluted logic of the SNP, the difficulties Scotland will face after the UK withdraws from its 47-year union with the EU can be solved by pulling Scotland out of its 300-year-old union with England, Wales and Northern Ireland, where we do 60% of our trade. Scotland’s trade with the rest of the UK is four times greater than our trade with the EU and the Scottish Government’s own figures imply that independence would be at least eight times as costly as the worst-case Brexit situation. Independence would be a lose-lose scenario for Scottish business.

Scottish Business UK (SBUK) is an apolitical organisation seeking to give Scottish businesses a voice in opposition to a second referendum on Independence in Scotland.

Like-minded individuals and organisations who wish to remain as part of the United Kingdom, can sign up at www.Scottish-business.uk, a website designed to give business people across all sectors and geographies within Scotland, the opportunity to register their support for Scotland in opposition to a second referendum on independence.

There are over 400 signatories already supporting the cause and over the next few months, we are seeking to encourage more people to register their support.

Scottish Business UK argues that the UK Government should quickly take steps to strengthen the Union by transforming the ways in which it serves and communicates with communities in each of the devolved nations.

There is a strong case for implementing a whole-sale reform of democratic accountability across the UK, which has become increasingly expensive though arguably less effective, since the advent of devolution. HM Government should therefore consider a radical overhaul of the current devolved system of government in the UK as part of an ‘all for one’ reform approach, on the basis that a whole systems approach is required to make the Union work optimally for each of its parts.

We propose: Each of the devolved administrations must face more effective scrutiny over their track records in driving public service improvement and generating economic growth. A new ‘reflection and review’ mechanism must now be established within each region to challenge and build / correct and re-prioritise policies in an appropriate, timely and constructive manner.

In Scotland we advocate the creation of an elected second chamber within the Scottish Parliament. Comprised of around 40 members with clear de-centralised, region-by-region representation, it would be tasked with reviewing policy, questioning the Scottish Executive and holding Scottish Ministers to account.

Scottish Business UK agrees in principle with the creation of a new Government Department for the Union that will oversee mechanisms to make the UK and its devolved nations work together more cohesively.

It must, however, connect with people and serve to improve lives throughout the UK.

We propose: Establish the Department for the Union with grant-making powers and task it to deliver specific and targeted strategic interventions that improve wellbeing and standards of living and lift the most deprived people and communities out of poverty.

The Department for the Union would

As we move forward there is greater need for evidence-based decision making to demonstrate fairness and legitimacy in the eyes of the UK electorate.

We propose: A wholly independent body that uses a standardised ‘dashboard’ to track spending decisions that affect Scotland, Wales and Northern Ireland against agreed metrics. An Office of Budgetary Responsibility (OBR) for the Union would provide objective analysis, setting out a case for (or against) any spending as measured against factors like population density, geographic dispersity and demographics.

Review locations of key government departments e.g. Treasury and MoD and consider transferring these away from London to cities in the devolved nations.

Guarantee that EU access to Scottish and UK fishing grounds will not be agreed as any part of UK/EU trade deal.

Use the implementation of immigration reforms post-Brexit to deliver a bespoke immigration policy for Scotland that addresses its specific needs.

Steps should be taken to create more opportunities to celebrate and cement social ties between nations of the UK – UK-wide sporting events or competitions between cities; reciprocal student exchange programme between universities or colleges, like Erasmus, to encourage young people to think about and experience the benefits of a shared experience of education across the UK.

A positive, ethical argument for the Union

It is our view that this common, shared, overlying culture of the UK is an unambiguously positive force and an example to other countries of how nations can work together. Indeed, it is the flexible constitution of the United Kingdom which has allowed the country to prosper and to evolve in a way that has facilitated devolution while preserving the pooling and sharing of resources, including in areas like welfare and defence that the Scottish Government will struggle to fund in the event of independence.