SHAM ELECTION OF RAISI IN IRAN 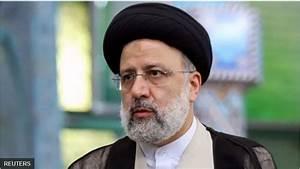 IRAN – THE ELECTION OF A PARIAH PRESIDENT

The election of Ebrahim Raisi as president of Iran should surely send a long overdue wakeup call to those in the West who have sought to appease the theocratic dictatorship for decades. Raisi is on the EU and US sanctions lists for serial human rights violations. He is a murderer and perpetrator of genocide, who has openly boasted of his role as a member of the ‘death commission’ which oversaw the massacre of more than 30,000 political prisoners in the summer of 1988. Most of those executed, including many teenagers and even pregnant women, were supporters of the main opposition Mojahedin-e Khalq (MEK). Raisi was until his elevation to the presidency, chief of Iran’s judiciary, where he was able to indulge his expertise as a mass executioner. He has directed the hanging of 251 people in 2019,  267 people in 2020, and scores of executions so far in 2021. According to eye-witness survivors, Raisi often supervised the torture of men and women and then personally attended their execution.

Agnès Callamard, the Secretary General of Amnesty International, responded to the announcement of Raisi’s election by saying: “That Ebrahim Raisi has risen to the presidency instead of being investigated for the crimes against humanity of murder, enforced disappearance and torture, is a grim reminder that impunity reigns supreme in Iran.” She emphasized: “We continue to call for Ebrahim Raisi to be investigated for his involvement in past and ongoing crimes under international law, including by states that exercise universal jurisdiction.” Amnesty’s Secretary General was highly critical of the sham election stating: “Ebrahim Raisi’s rise to the presidency follows an electoral process that was conducted in a highly repressive environment and barred women, members of religious minorities and candidates with opposing views from running for office.”

It is now clear that the regime’s claims of a 48.8% electoral turnout are entirely bogus. Widespread monitoring of polling stations was undertaken by courageous members of MEK resistance units in more than 400 towns and cities. Despite the massive deployment of the Islamic Revolutionary Guards Corps (IRGC), the regime’s Gestapo, to arrest anyone attempting to film or monitor the polls, more than 3,500 video clips were secretly filmed by the MEK, often from passing vehicles, showing empty polling stations. The National Council of Resistance of Iran, the main democratic opposition movement, has estimated that the true turnout was less than 10%, following a nationwide boycott.

In Iran, so far more than 315,000 have died of Covid-19, although the theocratic regime claims the true figure is 82,000. The Iranian economy is in freefall. 75% of the population now struggle to survive on income that has crashed below the international poverty line. It is clear that the Iranian people are sick of the mullahs, sick of their years of maladministration and brutal oppression and sick of their policy of aggressive expansionism in proxy wars across the Middle East and in sponsoring terrorism internationally. Their national boycott of the presidential election has proved beyond doubt that the Iranian people demand regime change. They have watched the mullahs turn Iran into an international pariah state and now they have witnessed the sham election of a pariah president.

The fake polls in Iran should be an abject lesson for Western appeasers who for decades have pinned their hopes on illusory moderates or so-called ‘reformers’ within the medieval clerical dictatorship. Because it signalled weakness, this misguided approach worked to the detriment of the Iranian people and only emboldened the regime. Assured of silence and inaction by the international community, even when they sent registered diplomats on bombing missions to Europe, the mullahs are confident that they can literally get away with murder. Further attempts at appeasement or revising the failed Joint Comprehensive Plan of Action (JCPOA) nuclear deal will only encourage more repression internally and more aggression externally.

The mullahs have openly boasted of their own repeated breaches of the JCPOA nuclear deal. They claim to have enriched uranium to 60% fissile purity, a fraction short of weapons-grade, in blatant contravention of the agreement. They have denied site access to inspectors from the International Atomic Energy Agency (IAEA), particularly to locations where uranium traces have been found. Despite clear evidence that the mullahs are continuing secretly to construct a nuclear device and ballistic missiles capable of carrying a primed nuclear warhead, the US and EU remain ludicrously committed to reinstating the JCPOA without demanding an end to the clerical regime’s destabilizing activities in Syria, Yemen, Lebanon, Gaza and Iraq and insisting on an end to repression, torture and executions in Iran. It is clear that for Ayatollah Ali Khamenei, Iran’s Supreme leader, the ability of hold the world to ransom with a nuclear weapon is a fundamental survival strategy for his theocratic regime. The election of a mass murderer as president is a core part of this strategy.

But even this futile show of force will not provide a way out of the deadly impasse Khamenei is facing. Iran is now a powder keg ready to explode, with a mass of predominantly young, hungry and enraged people eager to light the touch-paper. Repression, restrictions on social media, arrests, torture and executions have all failed to prevent the nationwide spread of an organized opposition in the form of MEK resistance units. Khamenei is battling for his survival. The time has come for the West to end its policy of appeasement and adopt a firm approach, condemning the sham election and its blood-soaked pariah president and standing beside the Iranian people in their demand for regime change and for the indictment in the international courts of Khamenei, Ebrahim Raisi and the other leaders of the theocratic dictatorship for murder, human rights abuse and crimes against humanity.