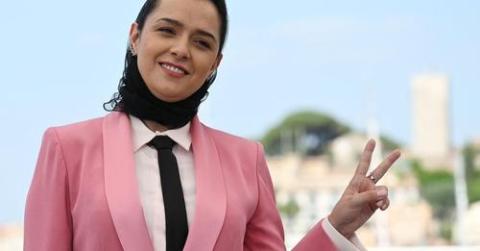 DOWNFALL – THE END IS NIGH FOR THE MULLAHS’ REGIME

The nationwide uprising in Iran marked its 100th day on Saturday 24th December. The revolution, hi-jacked by the mullahs following the overthrow of the Shah in 1979, is now facing its own revolution, as 80 million Iranians demand regime change. Revolutions tend to devour their own children, as Trotsky, Ernst Röhm and even the apparently incorruptible Robespierre discovered. The time inevitably comes when ‘revolutionary justice’ is applied to the members of the old regime, as Supreme Leader Ayatollah Ali Khamenei and his president – Ebrahim Raisi – ‘The Butcher of Tehran’, will shortly discover. But right now, in their panic at the raging insurrection and in their desperate bid to cling to power, the mullahs are intent on indiscriminately murdering their own ethnic children. So far, more than 750 protesters have been mown down in a brutal ‘shoot-to-kill’ strategy employed by the theocratic regime’s security forces. Thousands more have been injured and over 30,000 have been arrested.

Facing his own imminent downfall, Khamenei is lashing out in a bloodthirsty counterattack. In the first two weeks of December at least 24 people were hanged in towns and cities across Iran, including two young men arrested during the protests, one of whom was slowly strangled as he was publicly suspended from a crane. On Monday 12th December, twelve prisoners were executed in a single day. In more than four decades of repressive tyranny, the mullahs have achieved the ignominious distinction of becoming the world’s number one executioner on a per capita basis. The theocratic regime is now being actively investigated by the United Nations for the horrific massacre of over 30,000 political prisoners in 1988.  The mass hangings targeted members and supporters of the Mojahedin-e Khalq (MEK), the main democratic opposition to the mullahs. Indeed, Ebrahim Raisi is also under investigation for his key part in the 1988 massacre, where he served as a member of one of the active ‘Death Commissions’ handing down, after arbitrary three-minute ‘trials’, death sentences to thousands of mostly young male and female MEK adherents. The mullahs’ fear and loathing of the MEK is now palpable, as they recognise the leadership role of the opposition movement and its burgeoning MEK Resistance Units, during the ongoing insurrection.

Now the regime has decided to kill its most talented celebrity stars, in a bid to crush the uprising and terrorise the seething masses into meek acquiescence. First, they targeted 27-year-old Navad Afkari, a champion wrestler, who was executed in September 2020 in Adelabad prison in the city of Shiraz. Despite global protests and demands to spare his life, Afkari was hanged for participating in earlier mass anti-regime protests. Following his arrest and torture, Afkari was falsely accused of murdering a water supply company employee in the city of Shiraz. The charges were patently absurd and Afkari’s trial and execution was nothing more than a blood-stained exercise in terrorizing the public. Next, the mullahs took aim at Elnaz Rekabi, a famous sporting rock climber and bronze medalist, who in October, had taken part at an international climbing event in Seoul, South Korea, without wearing her mandated hijab. It was the enforcement of the cruel, misogynist hijab policy by the so-called morality police and the death in their custody in September of 23-year-old Mahsa Amini, that sparked the uprising. The mullahs blamed Elnaz Rekabi’s simple act of disobedience as a clear indication of her support for the protests, an offence which can carry the charge of moharebeh or ‘waging war against God’ and can carry the mandatory death sentence. The mullahs ordered Rekabi’s family home to be demolished as a punishment.

Now the clerical dictatorship has turned its attention to the celebrity footballer Amir Raza Nasr Azadani. Reeling from international coverage of the Iranian football team at the world Cup in Qatar, whose players refused to sing the national anthem in solidarity with the nationwide protests, the mullahs arrested Azadani on trumped-up charges of murdering three security personnel during the uprising. Azadani has also been charged with moharebehand it is feared the regime will shortly order his hanging to set an example. The 26-year-old Iranian league footballer is among at least 27 other Iranians facing death sentences in connection to the protests that have engulfed the country for more than 100 days.

The most recent Iranian celebrity to be arrested and charged with “spreading falsehoods against the regime” is the Oscar-winning film star Taraneh Alidoosti. She has been held in prison for more than ten days after posting a message on Instagram expressing outrage at the execution of the young protester Mohsen Shekari. In the post to her eight million Instagram followers, she said: “Every international organisation who is watching this bloodshed and not taking action, is a disgrace to humanity."

As Khamenei and his Gestapo – the Islamic Revolutionary Guards Corps (IRGC), arrest and execute innocent protesters and shamefully strip Iran of its most talented sportspeople and celebrities, they should bear in mind that each and every revolutionary movement necessarily creates its own counter-revolutionary movement – a rule as inescapable as the Second Law of Thermodynamics. The tide has turned against the mullahs and their repressive, bloodstained tyranny. Every drop of blood that is shed on the streets, every innocent protester that is hanged, simply intensifies the fury of the Iranian people, who now chant “Down with the dictator” and “Death to Khamenei” as they gather in mass protests. The people have lost their fear of the mullahs and their hired IRGC and Basij militia thugs. They recognise that their protests have gained international support and that the theocratic regime’s dwindling backing now comes only from fellow dictatorships like Russia, Syria and North Korea. The Oscar-winning actress - Taraneh Alidoosti was right. Every international organisation who is watching this bloodshed and not taking action, is a disgrace to humanity.