CRUELTY IS A BYWORD IN IRAN 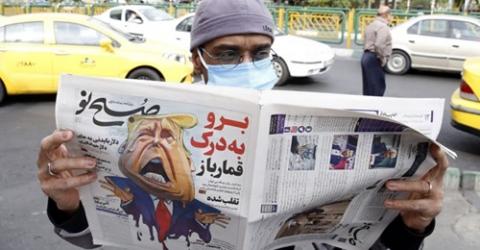 CRUELTY IS NOW A BYWORD FOR THE IRANIAN REGIME

Last week, a horrific video went viral on social media inside Iran. It showed the police torturing a young man in public, on a street in the city of Mashhad, the second most populous city in Iran. Police had been called to the home of Mehrdad Sepheri following a domestic dispute. They handcuffed the young man to a pole on the street and continued to beat and taser the helpless man and spray him with pepper spray, in full view of the public. Men, women and children looked on in horror. Many people filmed this atrocity as it happened.

Mehrdad Sepheri fell to the ground in agony and tried to bury his face in his handcuffed arms, but a policeman forced the pepper spray cannister up against his eyes and blasted him again and again. You could see the policeman fetch his taser from his police motorbike and continue to inflict repeated jolts on the screaming victim. Mr Sepehri died on his way to hospital in a police car. A doctor confirmed that he had been suffocated by pepper spray. His brother later identified his body in the morgue and videoed the numerous torture marks on his hands, stomach, chest, neck, and head. The entire video was posted on social media in Iran and caused public outrage.

Sadly, as we all know, the death of Mehrdad Sepheri is symptomatic of a regime for whom human rights is a joke. Cruelty has now become a byword for this fascist dictatorship. The misogynistic regime now holds poll-position as the world’s leading executioner. Under the so-called ‘moderate’ presidency of Hassan Rouhani over 4,300 people have been hanged, including 109 women and many prisoners who were children at the time of their arrest. Under Rouhani’s instructions, the regime’s security forces shot and killed more than 1,500 protesters during a nationwide uprising in November 2019. More than 4,000 were wounded and over 12,000 protesters were arrested. Many have been tortured into making false confessions and several have been executed. Hundreds more are on death row.

The mullahs’ fascist dictatorship is in crisis. They are facing another nationwide uprising, which will almost certainly end their oppressive reign of terror. In their twisted reasoning, their only chance of survival is to increase repression. But this has forced them into a deadly cycle. The more they brutalise their own people, the greater the public backlash. With skyrocketing food prices, the collapse of the Rial - Iran’s currency, and the economy in freefall, a perfect storm is brewing. People no longer know if they will have a job next week or next month. Eighty million Iranians have watched in dismay as the mullahs have allowed the coronavirus to spiral out of control. The regime claims that 36,000 have died of Covid-19, but the true figures carefully compiled daily by the resistance movement who have units in every town and city in Iran, gives a reading of 140,000 deaths, almost four times greater.

Now the only question confronting the Supreme Leader Ayatollah Ali Khamenei, is how long can the status quo last? He is praying that Joe Biden, when he assumes the presidency and enters the White House in January, will quickly restore Barack Obama’s deeply flawed ‘Joint Comprehensive Plan of Action’ (JCPOA), the nuclear deal that was unceremoniously dumped by Donald Trump. He will also hope that Biden will lift the sanctions which prevented Iran from selling oil, crippling its economy. Biden has repeatedly confirmed that this is his top foreign policy priority. It will be a grave mistake. President Biden need not think that lifting sanctions will put food back on the table for impoverished Iranians. In fact, it will enable Khamenei to reinforce his funding of Bashar al-Assad’s bloody civil war in Syria, the Houthi rebels in Yemen, the brutal Shi’ia militias in Iraq and the terrorist Hezbollah in Lebanon. It will also enable the mullahs to accelerate their development of a nuclear weapon and ballistic missile delivery systems, which have never ceased.

At a press conference in Washington on 16th October, the National Council of Resistance of Iran (NCRI) issued a report revealing the fact that authorities in charge of nuclear weaponization in Iran have established an entirely new site in the Sorkheh-Hessar region to the east of Tehran. The report outlined how this top-secret facility has been constructed in the middle of a military ballistic missile manufacturing complex. Work began on the complex in 2012 and the project became fully functional in 2017, dates that clearly overlap the implementation of the JCPOA and therefore debunk the regime’s claims that their nuclear activity has always been exclusively peaceful.

It is worth noting also that the NCRI was the organization that first alerted the international community to the existence of a belligerent nuclear program in Iran, so their reports are renowned for their accuracy. In a well-publicized press conference in Washington, on August 14th, 2002, the NCRI revealed the existence of two secret sites (a uranium enrichment site in Natanz and a plutonium-producing heavy water facility in Arak) and details of the regime’s nuclear activities, which had remained secret for 17 years and had not previously been uncovered by Western intelligence agencies. Information on the Natanz site included the existence of two 25,000 square meters of underground tunnels and halls. Eventually, world-wide pressure forced the Iranian regime to show the two sites to the International Atomic Energy Agency (IAEA) and the secret of the mullahs’ nuclear programme was exposed. The revelation in 2002 and repeated revelations over the past 18 years, thanks to high risk and detailed intelligence by units of the Iranian resistance and other sources, have demonstrated that the regime has consistently striven towards the production of a nuclear weapon. Clearly the JCPOA has been an abject failure from the outset and should never be reintroduced.

As the first anniversary of the November 2019 nationwide uprising looms, Iran has become a bubbling cauldron of dissent and anger. The rapid spread of the coronavirus has thrown fuel on the burning fire of the people’s rage. Further attempts by the regime to crush protests with brute violence and threats will almost certainly backfire and may ignite the revolution that will finally end the fascist dictatorship and restore peace freedom, justice and democracy to this troubled land.