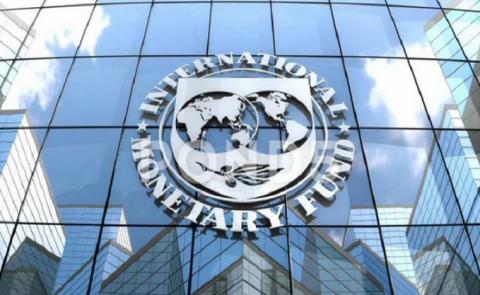 It should come as no surprise that the Iranian regime has asked the International Monetary Fund (IMF) for $5 billion emergency aid to help them combat the covid-19 epidemic. Despite assurances from President Rouhani that the regime was on top of the virus, the truth is far more disturbing. Rouhani said on 2nd April: "The coronavirus infection has gone down in all provinces without exception since yesterday. While industrialized, advanced, and boastful countries have failed in this experiment, we are maintaining a good posture due to good and coherent management and skilled medical work."  Nevertheless, the real situation was revealed by the theocratic regime’s Health Minister, Saeed Namaki, who declared: "We should not have any illusions; we are still not in the phase to control the spread of the virus. We are in the phase of managing the disease. Whenever we reach a point to be able to contain the virus, we will make that public."

It is staggering that the theocratic regime continues to claim that it has the epidemic under control. The mullahs cite figures of around 16,000 infected and 3,000 dead. Based on accurate information provided daily from courageous resistance units operating inside every town and city in the country, the actual figures are thought to be nearer 500,000 infected and 17,000 dead, across 237 cities in all 31 Iranian provinces. Indeed, a World Health Organisation expert who visited Iran in late March insisted that the real numbers of those infected and dying from the disease were five times greater than those expressed by the mullahs.

In open contradiction of his own assertion of how well the regime was coping, Rouhani claimed that the US sanctions and President Trump’s ‘maximum pressure’ strategy were curtailing the Iranian government’s ability to deal properly with the virus. He plead for funding from the IMF and asked the UN to put pressure on the Americans to lift their sanctions, despite the fact that the sanctions have never affected medicinal or humanitarian supplies to Iran. Rouhani went further, suggesting that if the Americans refused to lift the bans, then the UN and EU should ignore them and simply reopen trade with Iran in clear breach of the sanctions. Rouhani’s pleas are the last desperate death throes of a dying regime and may well fall on deaf ears. America is by far the biggest contributor to the IMF and President Trump could use his veto to prevent any breach of his ‘maximum pressure’ strategy on Iran.

However, Josep Borrell, the EU’s High Representative for Foreign Affairs & Security, as an arch appeaser of the mullahs’ oppressive regime, has promised $25 million aid to Tehran and pledged EU support for their bid for IMF funding. The UK, France and Germany have meanwhile sent medicinal products to Tehran. Borrell and his appeasement allies seem to have forgotten that not a single dollar from the $150 billion released by the removal of sanctions under the Obama administration ever reached Iran’s 80 million impoverished people, over 70% of whom are living on or below the poverty line. The money was corruptly stolen by the theocratic regime and used to fund its policy of aggressive expansion across the Middle East and for the export of terror, as well as for the self-enrichment of the elite.

The Islamic Revolutionary Guards Corps (IRGC), the regime’s Gestapo, who control over 70% of the county’s economy, have channelled almost all the existing available funds and medical resources, including protective masks and clothing, to the regime’s officials and to its own military personnel. Even doctors and nurses who are at the forefront of fighting the disease in hospitals, have no proper medical supplies and protective suits. As a result, over 100 doctors and frontline medical staff have died from the disease so far. There are even reports that specialist equipment supplied by the World Health Organisation has been sold on the black market by the IRGC.

Given the behaviour of the Iranian government and the IRGC to date, any financial aid should only ever be provided on strict conditions of discernible improvements in human rights and the immediate release of all political prisoners. There is growing international concern about the rapid spread of the virus throughout Iran’s burgeoning prison population. The prisons have become a death trap and many political prisoners, particularly the thousands of young protesters who were jailed following the nationwide protests last November, are now at perilous risk. This is why there have been a spate of prison riots across Iran in recent days.

The US Secretary of State Mike Pompeo has made clear that any aid to Iran to deal with the coronavirus epidemic should be conditioned on Iran’s release of foreign nationals it has taken hostage. Iran is currently holding four U.S. citizens and dual-nationals from France, Austria, Sweden and Australia, as well as Nazanin Zagari-Ratcliffe from the UK. Pompeo has called for Iran to suspend its ballistic missile and nuclear programmes and to halt its proxy wars and quit aid to Basahr al-Assad in Syria and to terrorist groups such as Hezbollah in Lebanon, the Houthi rebels in Yemen, the violent Shi’ia militias in Iraq and Hamas in Gaza. Pompeo reasonably asks why the IMF should be required to subsidize Iran’s healthcare while the mullahs’ “kleptocratic regime squanders Iran’s wealth on weapons of mass destruction and bankrolling terrorism”.

After 40 years of venal corruption and mismanagement, the Iranian economy has collapsed amid US sanctions and plummeting oil prices. The coronavirus outbreak has exacerbated the situation. The best cure for Iran’s beleaguered population is not a $5 billion handout from the IMF, most of which would simply disappear into the black hole of venality created by the mullahs. The best cure would be for the mullahs to be swept from power and for human rights, democracy, freedom and justice to be restored. The People’s Mojahedin Organisation of Iran (PMOI/MEK) and their charismatic leader Mrs Maryam Rajavi, the main democratic opposition to the theocratic regime, remain ready and poised to make Iran great again.