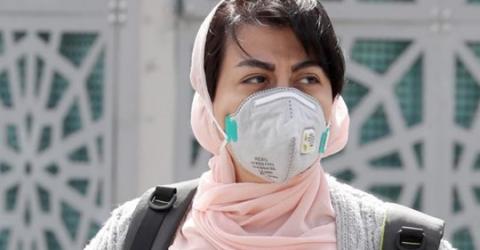 Niccolò Machiavelli famously said: “Never attempt to win by force what can be won by deception.”  The Iranian regime are clearly keen scholars of Machiavelli, having mastered the art of  using both force and deception.

They are prolific liars. The theocratic regime’s foreign minister Mohammad Javad Zarif lied when one of his diplomats from the Iranian embassy in Vienna was arrested for handing over a 500gm bomb to two sleepers and ordering them to detonate it at a huge opposition rally in Paris in June 2018. Zarif claimed it was a “false flag” attempt to smear his government.

The mullahs lied about bomb attacks on tankers in the Gulf of Hormuz, despite filmed evidence that showed IRGC military personnel removing a limpet mine that had failed to explode from the hull of a tanker. They lied about launching missile strikes on Saudi oil installations. The highpoint of the regime’s flagrant dishonesty was surely reached when they lied about shooting down the Ukrainian airliner with the loss of 176 lives. They maintained this horrible deception for days, until it became so blatantly obvious from filmed evidence that they had been responsible that Ayatollah Khamenei himself had to order a climbdown and the truth finally emerged.

With such a rich history of double-dealing and duplicity, it should come as no surprise to learn that they are lying about the escalating threat of  Coronavirus (Covid-19), which has now spread to all 31 of Iran’s provinces. The mullahs are claiming that less than 50 people have died and only 500 have contracted the disease. In fact, based on reports from inside Iran, resistance units of the People’s Mojahedin Organization of Iran (PMOI/MEK) announced that the number of those who have lost their lives due to Coronavirus (COVID-19) is over twenty times that number and already exceeds 1,000. The PMOI /MEK announced on Monday, March 2, 2020, that as of 8:00 pm local time, the death toll nationwide from included 300 victims in Qom, 209 in Tehran, 61 in Isfahan, 92 in Gilan, 58 in Golestan, 48 in Central, 45 in Kermanshah, 37 in Fars and more than 100 in Mazandaran. The Sunday Times estimated that the number of people infected could be as high as 83,000.

These clumsy attempts at cover-up and deception are aimed at hiding the fact that the mullahs’ regime failed to take any effective preventive measures to deal with the spread of the virus, including the quarantine of cities where the virus was raging. Until only a few days ago it had also refused to halt flights to China. The IRGC’s Mahan Air flights continued until Friday, February 28. To justify the continuing flights, the regime claimed it was transferring virus detection kits from China to Tehran.

The truth is that the IRGC is channelling almost all the available medical resources, including protective masks and clothing to the regime’s officials and to its own military personnel. Even doctors and nurses who are at the forefront of fighting the disease have no medical facilities and protective clothing.

The mullahs knew that the virus was already in Iran but covered it up and did not make any announcements to warn the people. Nor did they make any preparations for preventing the virus from spreading, unlike other countries, because the mullahs wanted to see large gatherings of people attending the anniversary of the 1979 revolution and voting in its recent sham-election. The Supreme Leader Ayatollah Ali Khamenei himself even ridiculed the disease and said the Corona virus was an excuse created by Iran’s enemies to discourage people from voting!

Now we hear the virus has spread through Iran’s prisons. We have evidence that one prisoner has died from Corona virus in Fashfouyeh Prison and there are rumours that Nazanin Zagari-Ratcliffe may have contracted the disease in Tehran’s infamous Evin Prison. Still the regime does nothing to quarantine and isolate the affected prisons and the virus is spreading like wildfire to the defenceless prisoners in the appalling unsanitary conditions. The World Health Organization and the entire international community are now worried about Corona virus spreading from Iran as they feel certain that the issue is being covered up by the Iranian authorities.

For a long time, we have known that the theocratic regime in Iran are the Godfathers of terror, aggressively spreading their brand of Islamic fundamentalism across the Middle East and even further afield. We have recognised that the mullahs are liars and cheats and they have tricked and duped the world for the past 4 decades on the nuclear issue. But now they are putting their own 80 million citizens at risk and in so doing, are endangering the international community from the spread of this disease.  How can the world community ever trust such a regime? How can we be sure that it has any commitments to the conventions it has signed? This regime deserves to be held accountable for all its lies and crimes.